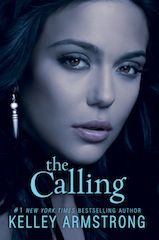 Maya Delaney’s paw-print birthmark is the sign of what she truly is—a skin-walker. She can run faster, climb higher, and see better than nearly anyone else. Experiencing intense connections with the animals that roam the woods outside her home, Maya knows it’s only a matter of time before she’s able to Shift and become one of them. And she believes there may be others in her small town with surprising talents.

Now, Maya and her friends have been forced to flee from their homes during a forest fire they suspect was deliberately set. Then they’re kidnapped, and after a chilling helicopter crash, they find themselves in the Vancouver Island wilderness with nothing but their extraordinary abilities to help them get back home.