City of the Lost

Casey Duncan once killed a man and got away with it. But that’s not why she’s on the run. Her best friend Diana’s ex has found her again, despite all Casey has done to protect her. And Diana has decided the only way she’ll ever be safe is if she finds a mythical town that will hide people like her. Turns out the town exists, and it will take Diana, but only if Casey, a talented young police detective, comes along.

Imagine a secret town, isolated in the Yukon wilderness, deliberately cut off from the world, where everyone is pretending to be someone they’re not. Even good people can get up to some very bad stuff. 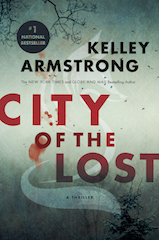