Law enforcement is in Nadia Stafford’s blood. She comes from a long line of police officers, and was one herself until the wrong case sent her over the line from cop to killer. Now, to keep her beloved wilderness lodge afloat, she’s a contract killer for a small Mafia family.

When a serial killer with all the earmarks of a hit-man begins murdering innocent people, the police investigation threatens to unmask Nadia and others, and she bands together with a small group of hitmen, including her mentor–the mysterious Jack. But once the killer realizes who’s on his trail, his simple plan twists into a complex game as both sides fight to prove who is the hunter…and who the prey. 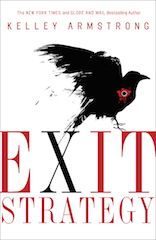